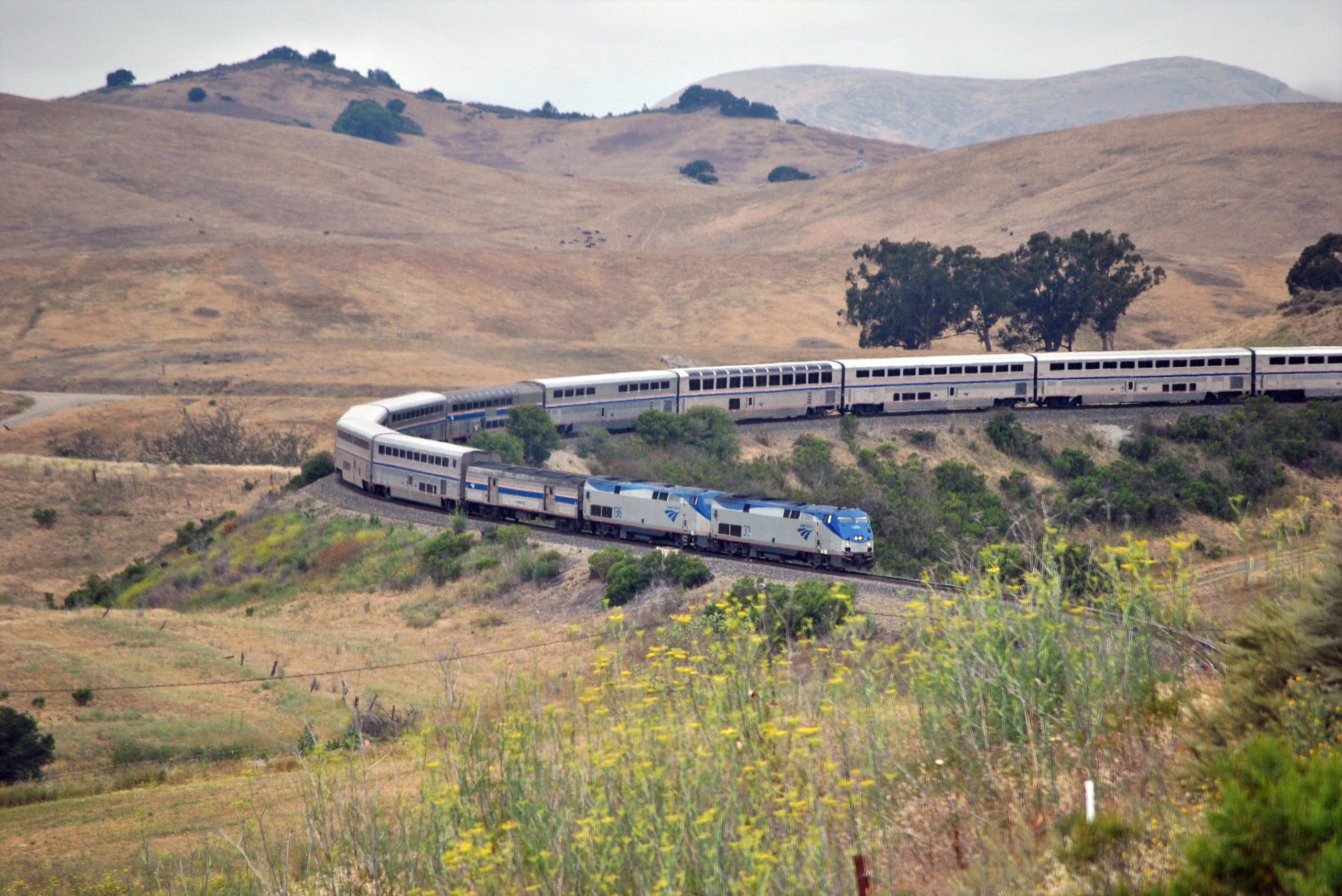 There’s a distinct appeal and vibe in traveling by train in the United States. The country is brimmed with spectacular trips from vintage and regional railroad companies, organized tours, and curated events. These US train trips will not only let you admire the beauty of the locomotive itself but also the rich history and fascinating natural and urban landscapes of the regions it visits. So, hop aboard as here are the best trips you can take by train in the United States that will let you tuck away great memories during and after the journey. 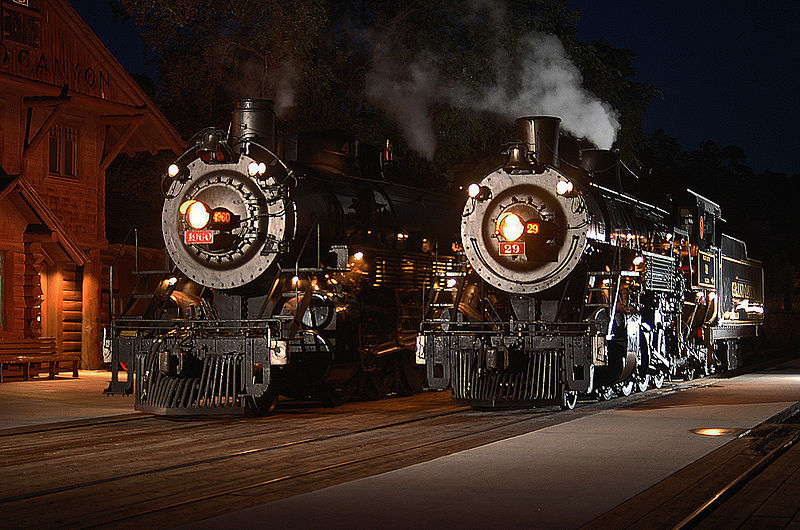 Anyone can admire the majestic beauty of the Grand Canyon by visiting and perching at the edge of its towering cliffs. Yet, not many are aware that this awe-inspiring natural wonder can also be appreciated by train. Opened in 1901, the Grand Canyon Railway starts its journey in Williams Depot and finishes at the Grand Canyon Depot, situated at the heart of the national park, just nearly 200 yards away from the South Rim.

The trip stretches 65 miles traversing sprawling prairies, lush pine forests, and scenic terrains while offering a picturesque view of the Grand Canyon. Inside the train, the view is as stunning as the train cars all have stories to tell, making the whole trip a truly historic voyage. 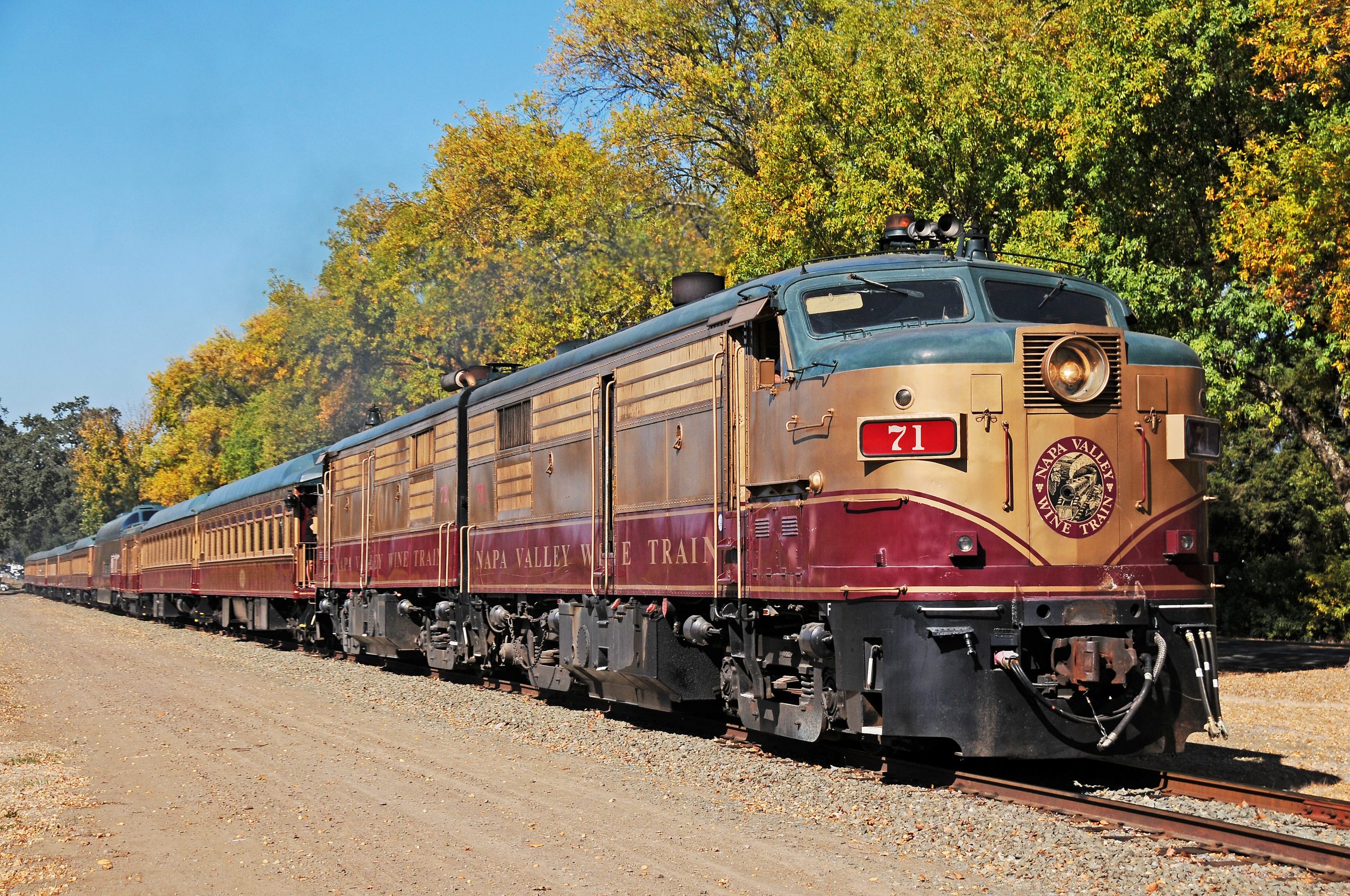 Get drunk on the dramatic views of wineries and hills blanketed by rows of vines by embarking on a journey in the Napa Valley Wine Train. Its century-old cars follow a rail route originally built in 1894. The 36-mile journey begins at downtown Napa to St. Helena then back, lasting a total of three hours. Onboard are kitchens that offer delectable cuisine using locally-produced ingredients that will surely level up the experience. Booze on the memories – great thing you’re not behind the wheels. 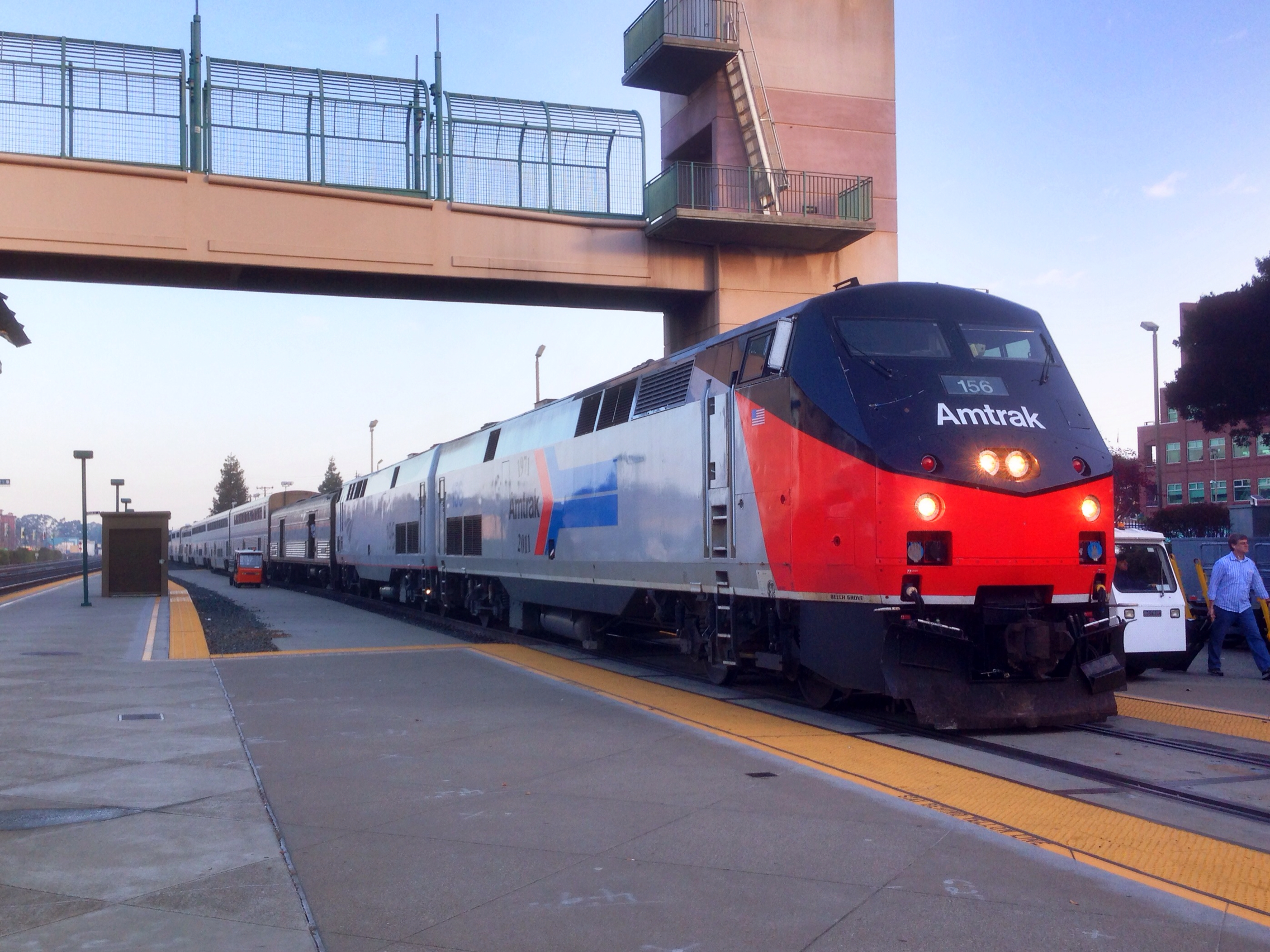 If you love traveling on the west coast, why not change things up by roving it by train instead? Ride Amstraks’ Coast Starlight route and pass through some of the major and iconic metros on the left coast, such as Sacramento, San Francisco Bay Area, and Portland. The 36-hour, 1,377-mile trip is regarded as one of the most jaw-dropping train routes in the United States, boasting spectacular views of verdant forests and lush valleys, snow-covered peaks of Mount Shasta and the Cascade Range, and the Pacific Ocean coastline. 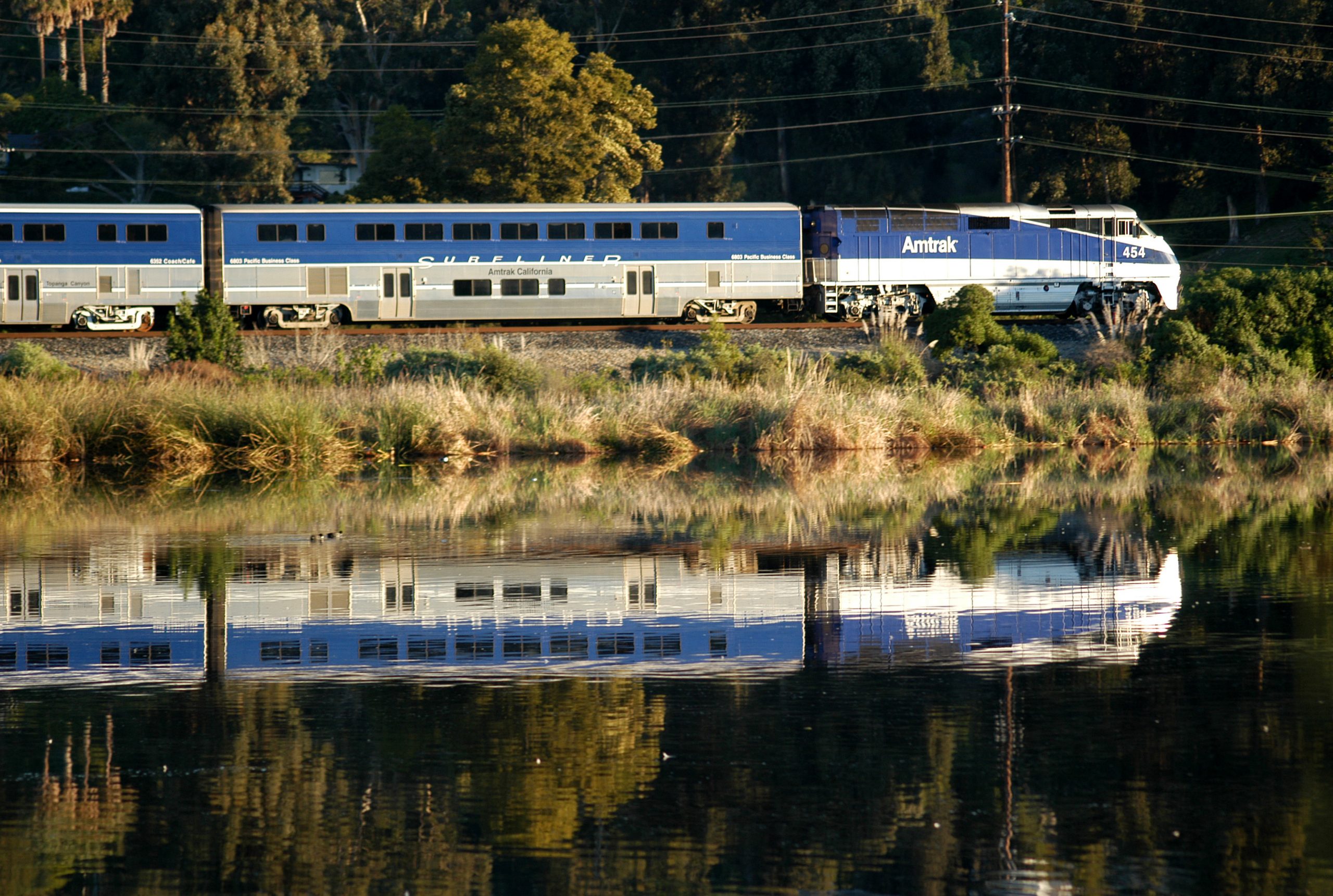 Another famous route from Amtrak is the Pacific Surfliner, a 351-mile trip starting from San Luis Obispo and running through key locations: Santa Barbara, Ventura, Los Angeles, Orange County, and San Diego. Riding this trip will let you rediscover the beauty of southern California, providing you gorgeous views of the long stretches of shoreline, bustling cities, lush vineyards, and rolling hills. 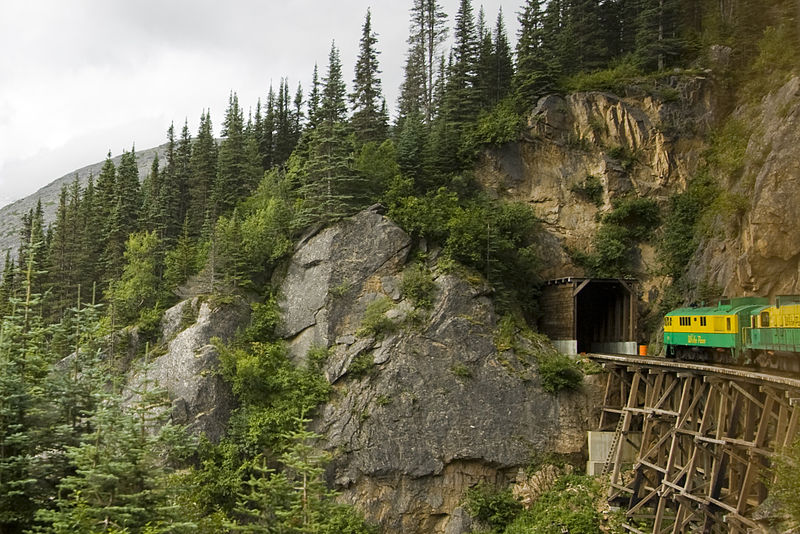 Built in 1898 during the peak of the Klondike Gold Rush, the White Pass & Yukon Railway is one of the marvelous products of engineering. This historic 65-mile narrow-gauge railway has an elevation of up to 2,885 feet, running from Skagway, Alaska to Carcross, Canada. You will be filled with awe as the trip offers amazing vistas of lush gorges, snow-covered mountains, soaring cliffsides, and other stunning landscapes – all that while breathing the fresh and chilly Alaskan air. 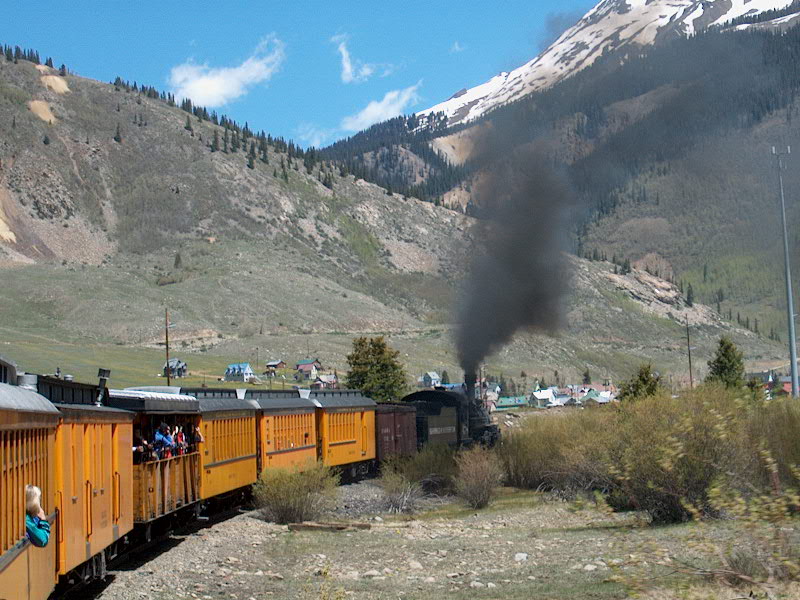 Running since 1882 when it was created during the silver mining boom, Durango & Silverton Narrow Gauge Railroad is a historic 45.4-mile railway that runs from Durango to Silverton, Colorado. Originally tasked to haul mines from the San Juan Mountains, its steam-powered and coal-fired trains now help transport people of today back in time to witness the routes and mining camps once dominated by frontiersmen and miners. But apart from its rich history, the three-and-a-half-hour excursion also offers an unmatched vista of the state’s gorgeous backcountry and beautiful alpine landscapes. 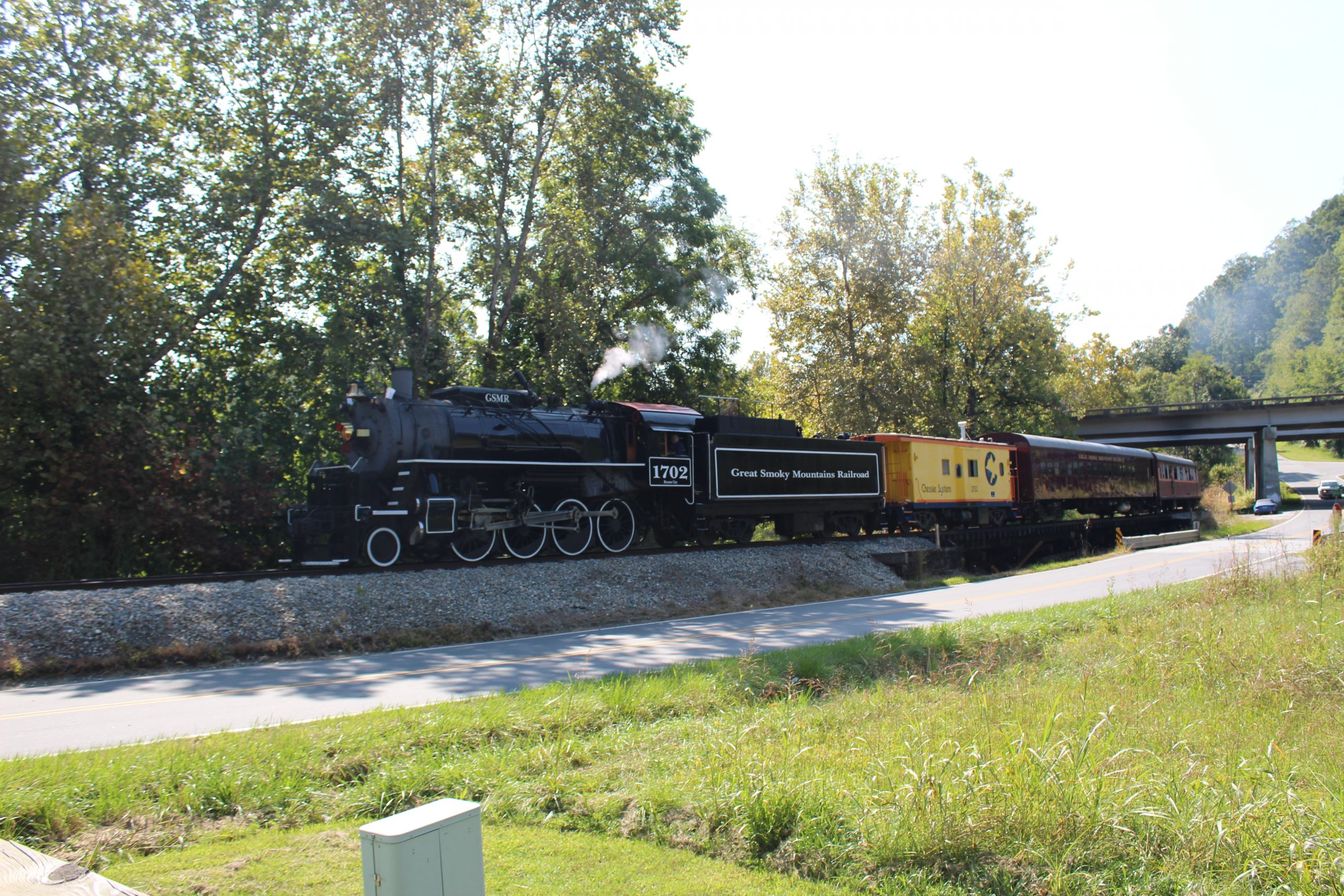 Departing from downtown Bryson City, the Great Smoky Mountains Railroad is a scenic rail-riding adventure that passes through western North Carolina’s mountains and countryside along the Tuckaseegee and Nantahala river. The train ride stretches 53 miles, traversing valets, running through tunnels and bridges, while providing picturesque views of gorges, meadows, valleys, and old towns. Be sure to catch one of their special trips or event trains, such as “The Easter Beagle Express” during Easter, “The Great Pumpkin Patch Express” during fall, and “The Polar Express” during winter. 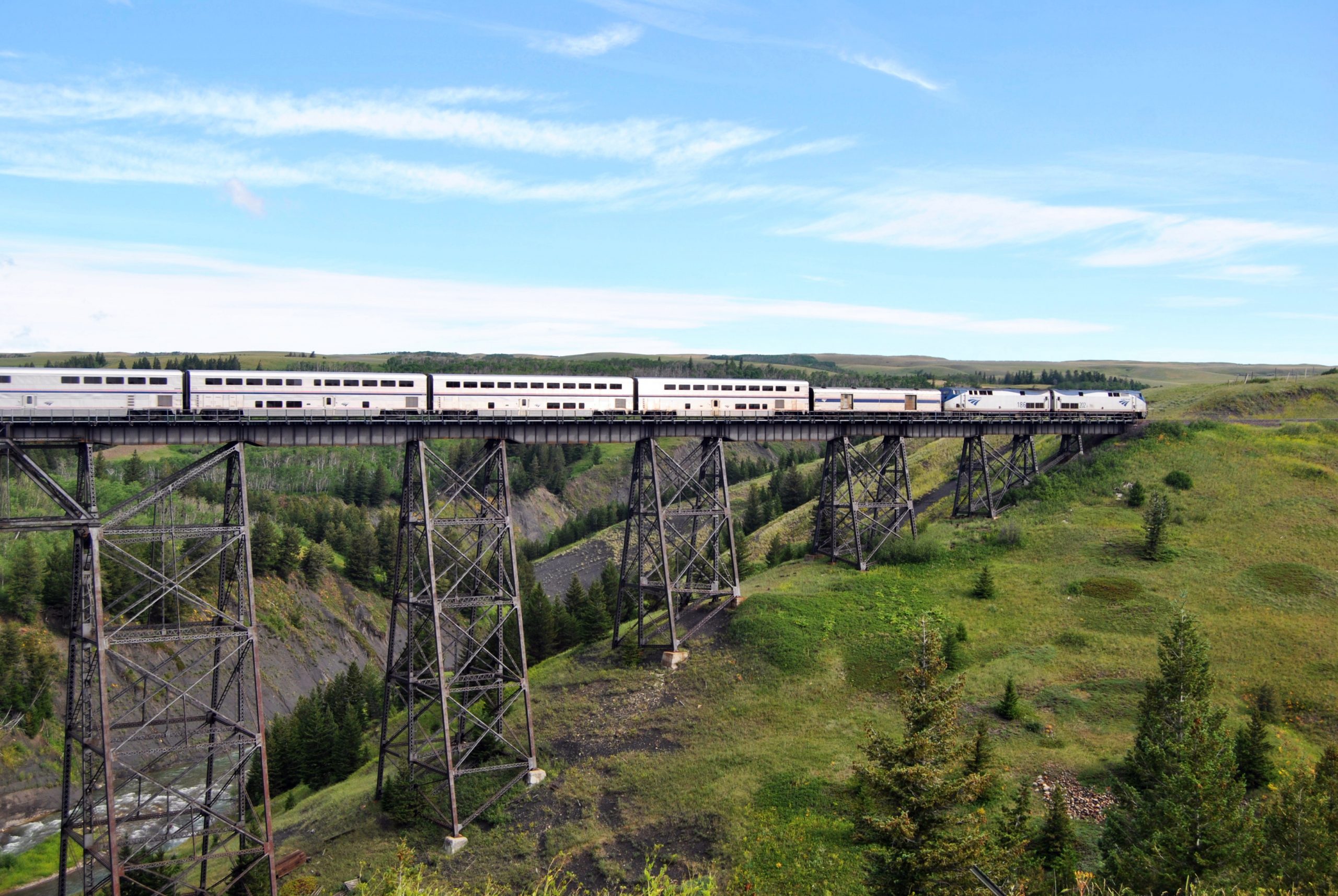 Amtrak’s Empire Builder follows much of Lewis and Clark’s Expeditions (also known as the Corps of Discovery Expedition). It runs from Chicago to the Pacific Northwest, passing through iconic sites from St. Cloud-Minneapolis’ cityscape to the Glacier National Park’s great outdoors and Montana’s Big Sky country. The trip lasts 46 hours, but the train has dining cars, lounging cars, and sleeping cars to provide you the utmost comfort as you enjoy the panorama. 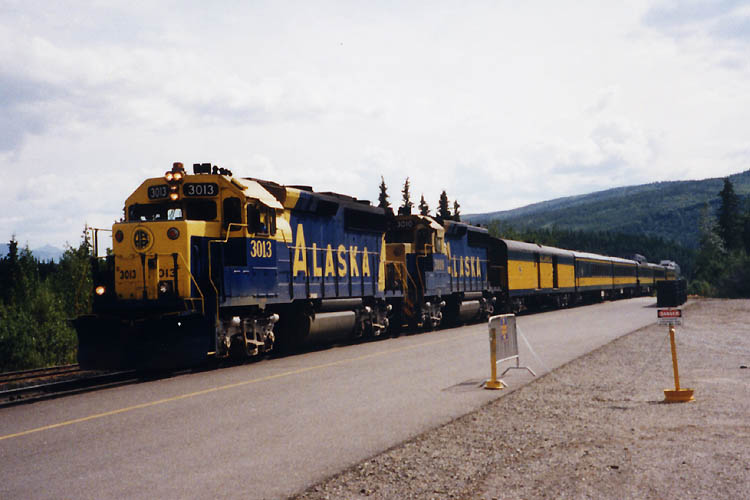 As its name pimples, the Denali Star train trip will take to the highest peak in North America and through the heart of Alaska. Here you can witness the region’s striking, rugged wilderness, cascading rivers, and birch tree forests. All that while also having the opportunity to spot the national park’s iconic wildlife including bears, moose, caribou, and Dall’s sheep. The 12-hour journey starts from Anchorage, passes through Wasilla, Talkeetna, and the Denali National Park before culminating at Fairbanks. To maximize the experience, opt for the open-air weaving cars that will seemingly let you feel you’re one with the wild. 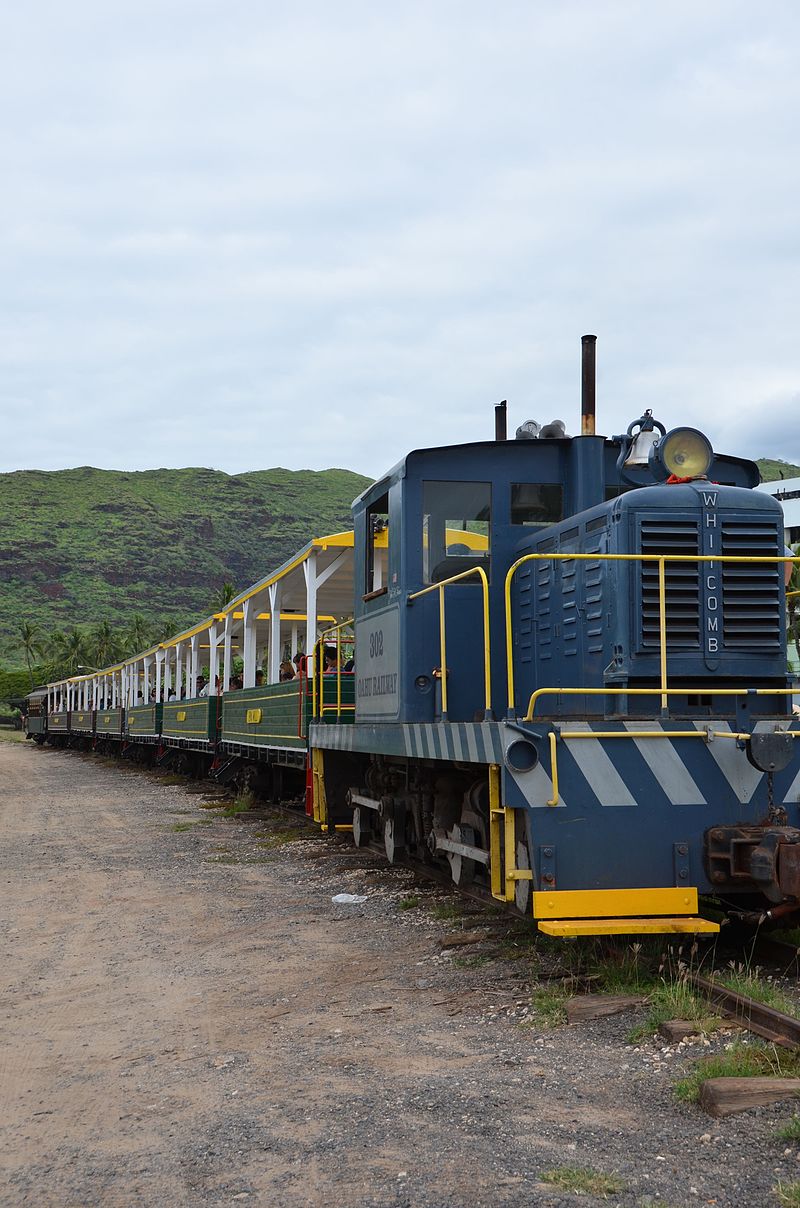 It may be the shortest trip on this list but the Hawaiian Railway Society boasts something else that may be hard to find in the other routes. Running only for a total of 90-minutes on a 6.5-mile  railroad, the Hawaiian Society will let you see the other version of the Aloha state, filled with sisal, sugar cane, and ghost towns. The track used is part of the old Oahu Railway & Land Co. that served Hawaiian passengers from 1888 to 1947.