Creating scale-appropriate sound effects is one of the best ways to liven up a model train layout. These can include not just the apparent noises of locomotives and railcars, such as horns, whistles, and braking, but also ambient sounds such as running water in a creek, city traffic, birds, or even a distant sawmill.

Many, if not all, locomotive manufacturers incorporate sound systems as standard equipment. They may make exhaust sounds, whistles, horns, and chuff, among other things. Buying a locomotive that already has a sound unit onboard is the simplest method to obtain sound effects on your layout.

The sound of the train’s primary mover, horn, bell, or whistle is usually played out on newer DCC-equipped models. Many will include starting and shutdown routines, coupling and uncoupling, dynamic braking, crew radio discussions, and even rail and flange sounds!

There’s nothing you need to do to get these to function if your layout is set up for DCC operation. Simply program the locomotive and turn on the sounds to your liking!

However, when it comes to adding sound effects to your train layout, there are a variety of sound systems to consider, such as rugged portable speakers or wireless audio adapters that may be hooked to your speaker system so that your computer or smartphone is not tethered to your sound system.

This method for adding sounds effects such as whistles, “chugging,” horns, and anything else to O gauge locomotives is quick, straightforward, and inexpensive, and it works for any scale HO and larger. The idea is to connect a small portable BLUETOOTH speaker inside the locomotive or nearby rolling stock with your tablet or smartphone (or any other BLUETOOTH-enabled gadget that can produce sounds).

What’s the best part? The entire project can be completed for as little as $10!

Below is how it works: 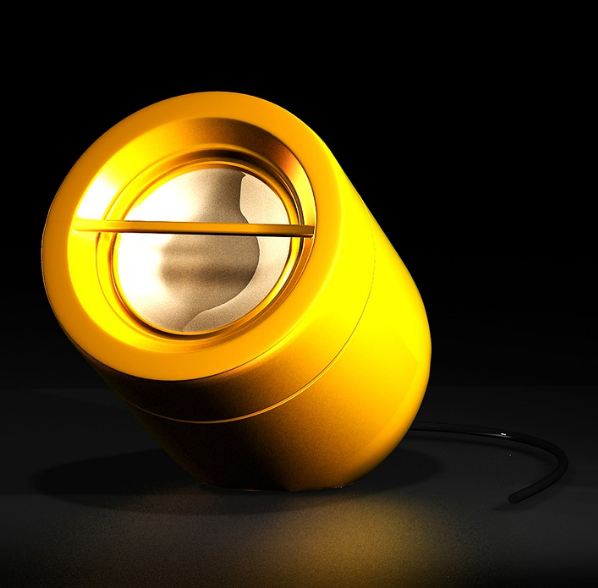 You’ll be shocked by how loud it is for such a small portable speaker with a volume of over 90DB. The device is equipped with Bluetooth V5.0, which provides a clear sound at a distance of more than 30 feet. Just like with other Bluetooth devices, check sure there are no large items in the way.

The battery lasts roughly two hours and comes with a short power cable for easy charging on a full charge.

You probably won’t want to install your speaker in your locomotive or rolling stock on a permanent basis. This is because you’ll need access to the speaker to charge the battery using a USB connection and to turn it on and off. So far, you may get away with simply sitting the speaker in place, but you’ll need to use Velcro tape to make some of the mounting locations more permanent.

The speaker does not need to be installed in the model train itself for satisfactory sound results but can alternatively be placed in the first vehicle behind a locomotive.

When it comes to selecting noises to play within your train, the possibilities are endless. Many sound files are accessible for free download on the internet. You can use your camera to record your favorite train and make a sound recording from it.

The simplest method is to use sound libraries created by other model railroaders. If you have an Android smartphone, search for “Train Sounds” or “Model Railroad Sound” in the Google Play Store, and you’ll find several fantastic apps that provide diesel and steam locomotive sounds — and most of them are free!

Apple users are likely to have access to similar apps.

This is a quick, easy, cheap, and effective option for adding sounds to your locomotive fleet. Whether you want a basic whistle or horn, a sound to replace an old Lionel “Mighty Electronic Sound of Steam” unit, or if you’re going to play Grand Funk Railroad sounds from your Marx 999!

If you don’t want to or can’t afford to buy a complete speaker system, you can also make sounds in advance that you can play while operating your model railroad. CDs containing these are widely available, or you can have some fun making your own.

While some locomotives come with pre-installed industrial noises or an ambient station, you can enhance the experience by adding your own sounds to your layout! Installing hidden speakers in strategic areas (such as near a waterfall or a factory) and connecting them to a device that will play the proper sounds can be used to control these.