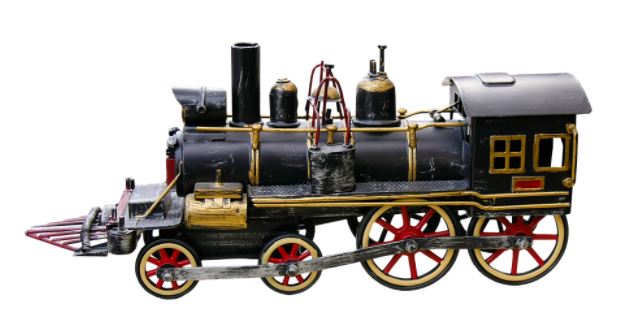 Collecting and building up model trains can be one of the best hobbies. With a vast history of the railroad, there can be plenty of models you can collect and add to your collection. In case you plan to show your collection on social media, it would be always better to do so in the form of a video. However, taking a video of your model train isn’t just like a normal video. Here are some of the most important tips you can follow to make a video of your model train.

Tips for Taking Video of Your Model Train

Track cam videos are very popular on the internet. You attach a small camera to your train and record your model track from its point of view. While the easiest choice of camera for a video like this is the GoPro, it is very costly. Worry not though, because there are various cheaper alternatives that can be considered instead of a GoPro.

You can buy a keychain spy camera from online stores easily. These are very cheap, however, the quality of videos is very low. You can find some videos from cameras like these on YouTube too. These cameras have terrible focus, and the footage can go grainy, blurry, and even stop in between. However, if you get a good one, the quality won’t be that bad. It will cost a bit high but not as high as a GoPro.

Another very good, albeit rarely known option is to use an SQ9 car dashcam. As the name suggests, the camera is made to be installed in cars, however, it is perfect for fitting on top of a model train. It is tiny and the videos it records are high definition. The camera supports 2 video formats, 1280 x 720P, and 1920 x 1080 (HD). With a battery life of 90 minutes means you won’t have to worry about constantly charging the camera.

The SQ9 supports USB and TV connections. Its storage card has up to 32GB of storage.

The most important tip for taking videos of your model train is to set your camera firmly in place. You can use foam, tape, and even glue to fix the camera. The train will make turns and encounter bumps as it goes around the track. If your camera is loose, it will jerk around, messing up the footage. It may even fall off if it is not held properly against the train. 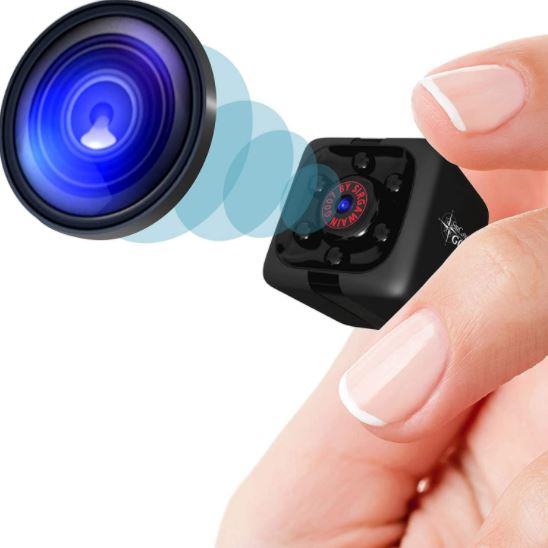 Although it is named a spy camera, it is one of the most suitable ones for model trains. This is because it is small in size. Even if you have tunnels with the train track, this camera will be able to fit perfectly and not come in obstruction with the tunnel. Besides, it has one of the best lenses that can take 12MP photos as well as record videos as well. The 1080p resolution would mean that you will always see an outstanding result with the recorded video.

In addition to that, there is a wide-angle lens which means that you can capture the surroundings as well in a classy manner. One thing you should keep in mind is that this camera has a 60-minute charging backup. Therefore, if you have plans to make videos for longer than 60 minutes, which isn’t a high possibility, you will have to charge it repeatedly. The storage capacity of this mini camera is a 32 GB SD card. However, it is not included in the package and you would have to buy it separately.

Use a Good Quality Camera

Capturing a picture of a model train is easy. Since a picture is still, you can create an illusion of size, weight, and even make the background appear realistic. However, when the footage is moving, the object is captured from different angles. Since there are so many angles, it is extremely difficult to maintain an illusion of realism.

You need a very good quality camera to prevent the footage from going blurry. Not every camera can capture fast-moving objects.

If you can afford to, place multiple cameras on top of different objects on the track. This will help give your video different angles. However, if you have only one camera, you can run the train around the track multiple times. Change the position of the camera every time you start the train again. By the end, you will have multiple videos which will require some editing work. 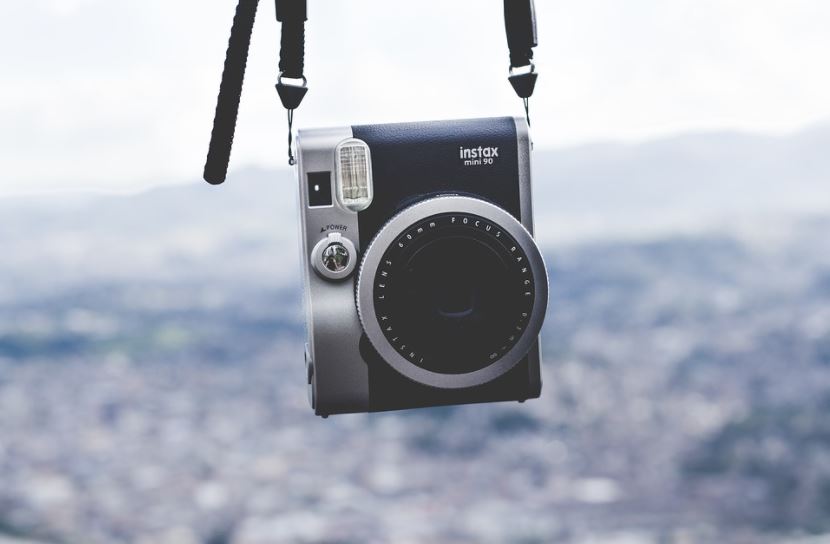 Other Equipment You Need

Using a tripod stand is a must. Since the train is moving, your camera should remain perfectly still. If both your camera and the train are moving, the lens won’t be able to focus on the object, and the footage will be blurry.

Since we have a very small object, even the slightest vibration will appear larger. We recommend against holding the camera in your hand. Being human, even if you stay very still, you will have to breathe. You cannot stop your body from moving during breathing.

Normally, this movement is negligible, but when wanting the camera to be completely still, you will notice this disturbance.

Use a tripod stand, and set it close to the track. However, make sure you’re not so close that the train can knock the camera off. A camera remote or a timer is also very important. If you operate from a distance, you won’t shake the camera and mess up your focus. A tripod will also make sure that the hand vibration or movement is not seen in the video. This is because tripods are usually designed with a higher video stability function.

There are numerous other tools you can get for the best model train experience. 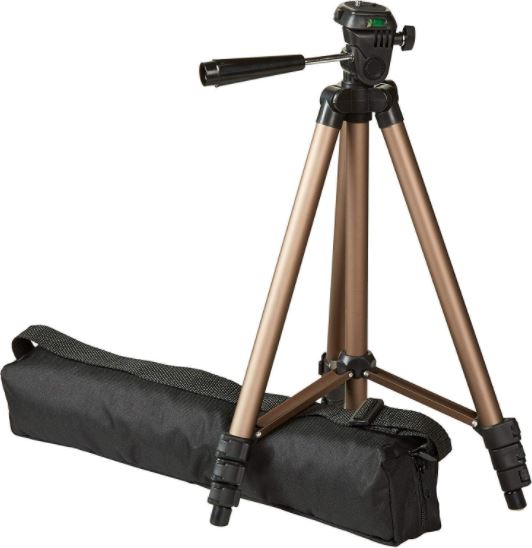 In case you are not planning to attach the camera to the train and want to record from an external view, you will need a tripod so that the videos can be recorded in a stable manner. This tripod is one of the best ones and we can see that immediately with the purchase by more than 50,000 customers most of which have given it positive reviews and ratings. It is a mini tripod which makes it suitable for something like model trains. You can easily attach your phone or even a small camera to it and it will record some cool videos.

As far as the technical aspects are concerned, it has a height of 16.5 inches at the minimum which can be extended over to 50 inches at one time. The company does not recommend this tripod if you are using a DSLR camera because this is a mini tripod. The 3-way head allows you to have tilt, and swivel motion so that portrait and landscape options can be used properly. The best part is that you can carry this tripod anywhere with its mini bag. It weighs just around 1 pound making it easy to carry anywhere.

Place the Camera at the Right Distance

The closer you look at an object, the bigger it appears and vice versa. This is the most important tip for making a video of a model train. You need to set up your camera close so it records the details of the train, and makes it look even more real.

Another thing you can do is to keep the camera inside the train. This will provide the video from the point of view of someone sitting inside the rail cars. However, this depends on the type of model train set that you are having. Some of them do not have rail cars with open interiors.

We recommend placing your camera below the train and making it face upwards. Anything that is recorded from below appears larger and more overbearing. Always make sure your camera is focused on the train itself. Good, expensive model trains are made with a lot of care so they look real. However, greenery, stations, and other model buildings aren’t so realistic. When you focus on the train, everything else is slightly blurred. If you can’t see the sides of the track, the chances of you noticing something fake about them decrease.

Still, it is also important to make sure you don’t entirely blur out the sidelines. If you blur out the sides completely, the track won’t look fun. The model stations, greenery, other trains, buildings, and even people give the train track diversity. Alternatively, you can spend some extra amount to buy a train set with sophisticated and creative train stations that have maximum details. 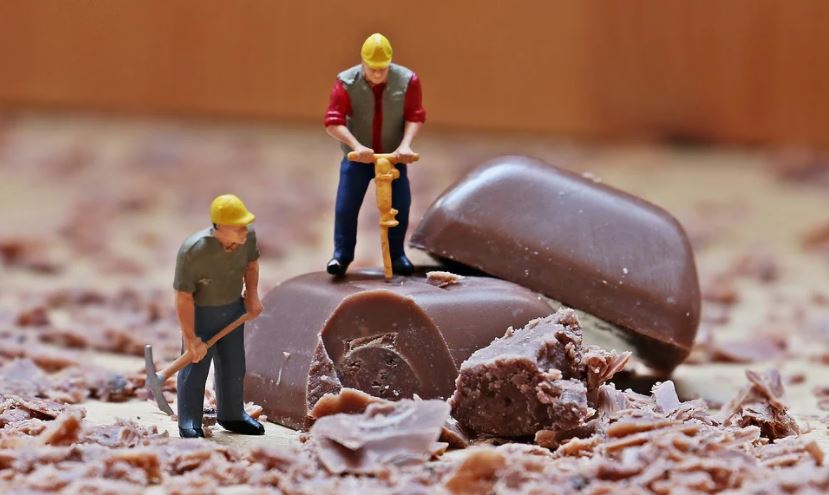 Use the Right Lighting

The best shots are taken in natural lighting. However, if you’ve already set up your train track, it can be very hard to dismantle it and set it up again. You can use large LED bulbs indoors, however, they don’t look as natural.

The perfect way to set up the lighting is to place a bright bulb behind the models of the track. The backlighting highlights all the little details and provides a more natural, and muted look to the track. Placing a light behind the object also highlights reflections, and creates shadows. These shadows add to the quality of the overall footage. Keep in mind that you should not be getting a large LED bulb as it will add to the weight of the train which ultimately slows it down.

Unlike photos, you cannot just keep a light behind the object in videos. That is because the train moves around the track. We recommend you keep lights at the turns of the track. The best places are behind large buildings, so the light isn’t recorded on the camera.

If you record the entire track in one take, it won’t come out well. The trick is to shoot videos from different angles. Then using good editing software, combine these different angles. This will allow you to focus on the best objects on your tracks. Some of the best video editing software that you can learn and use are Filmora, Adobe Premiere Pro, Pinnacle Studio, and a few others as well. 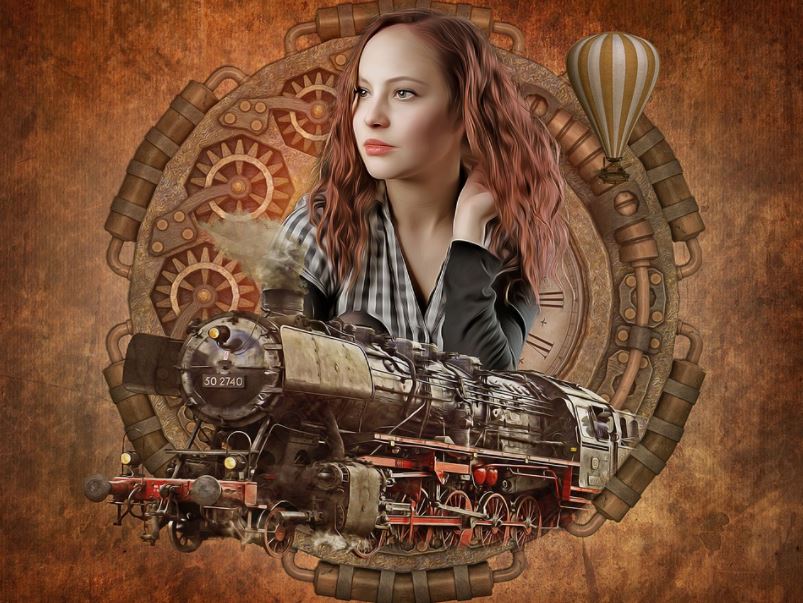 In conclusion, we can say that making videos of model trains is not a difficult task to do. With the right equipment and some command of photography and videography, you can make superfine videos. Even if you are using your phones, you can make some top-quality videos with appropriate tripods and cameras. Follow our product recommendations to get the best ones for your videography of model trains.